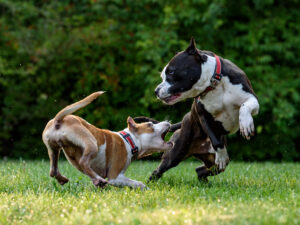 Photo by David Taffet on Unsplash

I was never very tall, even as a kid. When I was in 8th grade, I had to go to a middle school for three months before beginning high school. One day I was in a music class. Being shy, I sat near the back of the room, which was like a miniature auditorium with stadium seating. Sitting next to me, on my left, was a large and much taller kid whom I did not know. He started taunting me. Something like:

“Your mother sleeps around.”

“See that girl over there, she thinks you are a turd.”

After a while I started shaking, which got worse when I noticed that kids near me had heard him. After about ten minutes of taunts, I was still shaking. Without conscious thought, I turned to my left and hit him in the head with my right fist. It was a loud noise, and the teacher ignored it even though he had an unobstructed view. A few seconds later he hit me back, and that was the end. He never bothered me again, and kids I did not know were congratulating me as I walked out of the classroom. He was a known bully.

That happened over 60 years ago. My behavior was wrong. It would have been better to know how to be uninsultable and maintain a calm-alert state. How do we side-step violence? I am not saying that violence is never the answer. But when can we avoid it?

Violence can occur in many contexts, from spousal abuse to political fights. This essay is about random violence with strangers. In their book Scaling Force, Miller and Kane list six levels of response to the threat of violence. The first three levels are presence, voice and touch. The last three are empty-hand restraint, less than lethal force, and lethal force. They state: “While we aim the higher levels at an adversary’s body, the lower levels work through the threat’s mind.” We can reach the threat’s mind through communication, which is the domain of Neuro-linguistic Programming (NLP). 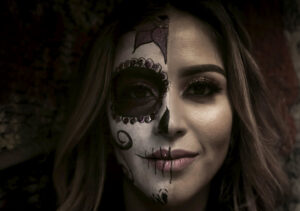 Photo by Tony Hernandez on Unsplash

I want to distinguish between two unique patterns: social aggression and asocial violence. My middle school incident is an example of the former. An unseen, unprovoked, physical attack is an example of the latter. Interpersonal communication skills can help with social aggression. They don’t work for asocial violence. Yet, what may work is to identify asocial situations beforehand. Neuro-Semantic NLP can help teach: 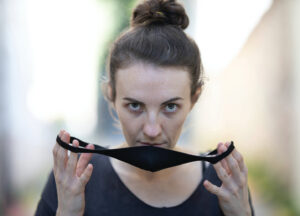 Photo by Engin Akyurt on Unsplash

I saw a video of a fistfight on a plane. It erupted between two passengers after one removed her mask despite a mandatory mask rule. Did the fist fight have to happen?

The man made two mistakes. He told her she did something wrong. He escalated the situation by appealing to the clerk while pointing at her. Both actions could have led to physical violence. Instead of confronting the woman, the man could have walked out of the post office to protect himself.  This situation reminded me of the Lab Profile’s Rule Structure meta-program. I wondered if the man had the “my/my” pattern in this context: my rules for me and my rules for you. I had the same pattern, yet I stepped back. Did he need to think he had to speak up to do the “right thing”? What do you think? What would you do in this situation? 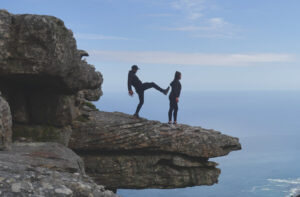 Photo by Ashley Jurius on Unsplash

One of my friends, who teaches karate with me, was taking a subway to work in Washington DC. She was on the platform in the station waiting for her train and noticed several rowdy young men on the platform. She stopped what she was doing and went on alert in case she needed to respond to a threat against her. When the train came, one of these men hit a passenger in the back of his head as he entered the train. As the train doors closed behind him, the passenger did not know what hit him. This is an example of asocial violence. My friend was aware of its possibility and the passenger was not. Situational awareness was part of a woman’s self-defense class we taught. 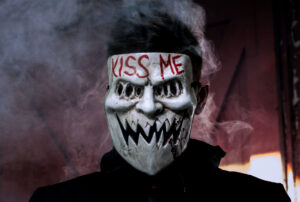 Photo by Tom Roberts on Unsplash 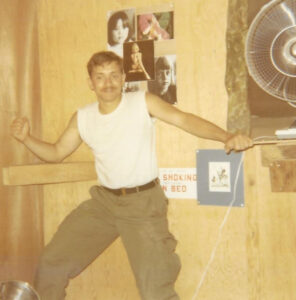 My first taste of the martial arts was during the Vietnam War. A Korean soldier started teaching Tae Kwon Do to a few of us. This proved fortunate. Eric, one of my fellow soldiers, was not happy with me. The Army had promoted me to a rank equal to sergeant in 15 months. It took him eight years to get the same rank. Sometimes your fellow soldiers are more dangerous than the enemy.

One day, when Eric was drunk, he confronted me and my two friends. We entered the barracks after our karate class and were in our karate uniforms. He said, “You think you are so smart — I can tear your throat out with my bare hands.” I am not sure what I said to him, but I spoke with a calm, even voice, though I was not calm. I was a gamma male playing the role of an alpha. He noticed my uniform and my two friends behind me. He backed off. This is an example of social aggression. The stance my friends and I took (presence) and my verbal bluff (voice) worked to prevent violence. If Eric had slammed into me when he saw me, it would have been an example of asocial violence. 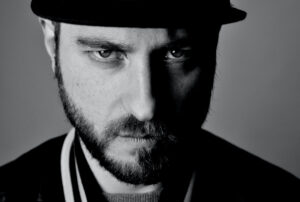 Photo by Emiliano Vittoriosi on Unsplash

Here is a more recent example. After I finished teaching my Saturday morning karate class, I visited a market next door. While waiting in line to pay for my groceries, I noticed the counter space to the left of the food clerk was empty. In this market, the empty-space is a signal for the next person to place their food on the counter. Yet, the person in front of me made no move to do so. I mentioned to him he could move his food to the counter. He turned toward me, bared his teeth, and growled, “No one tells me what to do.” I guess that even applied to much shorter and older guys with white hair. Staying calm, I went on full alert, shifting my weight to one foot, in case I needed to move fast. I wondered if he was just released from prison and thought he was still there. I nodded my head without speaking. He turned, and the threat of social aggression ended.

Have any of you experienced social aggression or asocial violence? 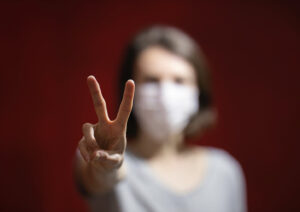 Photo by Engin Akyurt on Unsplash

These are days of economic- and virus-related stress. I hope everyone side-steps social aggression and avoids asocial violence. Rory Miller said, “It is imperative that your students know it is okay NOT to fight. They must be trained in not fighting, they must practice not fighting, and, importantly, they must be rewarded for finding non-violent solutions.”

Be careful, be safe. Walk away from violence and live another day.

Here is some material for those who want to learn more:

Larkin, Tim. When Violence Is the Answer: Learning How to Do What it Takes When Your Life Is At Stake (2007).

Miller, Rory and Lawrence Kane. Scaling Force: Dynamic Decision-Making Under the Threat of Violence (2012) (also has an associated DVD).

Van Horne, Patrick, and Jason Riley. Left of Bang: How the Marine Corps’ Combat Hunter Program Can Save Your Life (2014).

Yard-McCracken, Tammy. Understanding and Applying Self-Defense Strategies. The Great Courses (2018) (Twenty-four lecture course with guidebook). This is a wonderful program and frequently on sale. The author references all the violence-related books I list.

Thanks to Claire Kurs and Denise Eggers for their editorial comments.