The Dark Side of Expertise 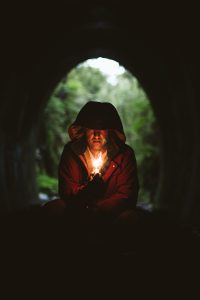 “… science in general can be considered a technique with which fallible men try to outwit their own human propensities to fear the truth, to avoid it, to distort it.” Abraham Maslow, 1966

The first is what others think of experts. Many decry or ignore expert opinion. It could be an opinion about vaccines or climate change.

The second side is this story’s topic. It is about what experts think of themselves and how this affects their behavior. Sometimes, this behavior excludes others with innovative ideas that challenge their discipline.

For example, in her book, The Theory That Would Not Die, Sharon Bertsch McGrayne wrote about Bayes’ rule. It gives us a way to update beliefs with new information. She writes about Ronald Fisher (1890–1962), a respected expert in statistics. She said,

“… he battled Bayes [rule] for decades and rendered it virtually taboo among respectable statisticians.”

Yet, Bayes’ rule helped crack the German enigma code during World War 2. Today, people use it in many areas from determining the risk of lending money to testing for drugs.

In my opening quote, what Maslow says about science applies to people gaining knowledge to become experts. Fear of the truth can often be drivers for expert behavior.

How can we avoid it?

Here are three mindsets to avoid the perils of being an expert and to gain expertise with an open mind.

I am an expert in physics because I have three physics degrees.

Yet, what I have said is misleading. If I meet an active physicist, she will know much more than me. My last published physics paper was 38 years ago, and my physics knowledge has become faded and dusty.

When doing science experiments with a child, my physics expertise shines.

Expertise is relative, and there is always something new to learn.

I am an expert in the martial arts. Each Saturday morning, I teach Tae Kwon Do.

Many martial artist experts have a “not invented here” frame. They are reluctant to use approaches outside their discipline. They believe their discipline covers all they need for any situation.

If attacked in a tight space like in a small elevator, it may be difficult to use Tae Kwon Do. But a tight space is the ideal environment for using Kosho. 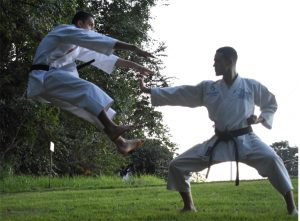 Photo by SOON SANTOS on Unsplash

So I break tradition.

I incorporate techniques from other disciplines like Hap Ki Do and Kosho into our self-defense program. I am sure General Choi Hong Hi (deceased), the father of Tae Kwon Do, would not approve. Yet, the real world makes it imperative to reconsider an existing “not-invented-here” frame.

Any expert domain has boundaries. Maintaining these boundaries encourages a coherent and effective discipline.

Yet, it is important to question these boundaries. Then, the discipline remains grounded in the world.

3 — Accept Your Self-Esteem as Unconditional 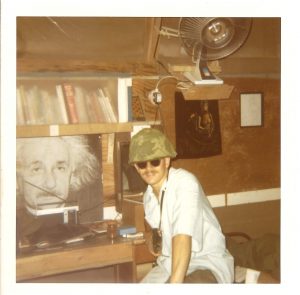 “More than any other kind of knowledge, we fear knowledge of ourselves, knowledge that might transform our self-esteem and self-image.” Maslow, The Psychology of Science.

I was an expert in identifying mosquitoes.

In 1970, I ended up identifying mosquitoes in a preventive medicine lab in Vietnam. I talked my way into the assignment, telling no one that I had never taken a biology course. After all, I was a scientist, and didn’t all scientists use microscopes and identify living things?

One of my colleagues in that lab was a man who was an expert in identifying mosquitoes. He was also an expert at not sharing much of his knowledge, and would rarely help you when you needed it. I suspect if I learned what he knew, he might have felt no one would see him as an expert in relation to me anymore.

He would never say “I don’t know” or show any sign of being ignorant or in doubt. Did he think that would diminish his self-image as an expert?

Maslow lists the denial of ignorance and doubt as two anxiety-instigated pathologies. By saying “I don’t know,” my colleague may have perceived that his sense of value as a person was in question. If so, he was confusing “who he was” with “what he did.”

My colleague may have also been worried about his value to the lab. He had been a field medic. Many years later, I recognized his behavior as symptoms of traumatic field experiences.

Did he have a powerful fear of the Army sending him back to the field and that this fear drove his behavior? Our experiences may mold us, but need not control us.

Be careful about confusing self-esteem (who you are) with self-confidence (what you do). In life coaching, we accept self-esteem to be unconditional.

Consequently, you don’t have to prove anything. You don’t have to meet any conditions to be acceptable, loved, respected, etc. You have already met every condition that’s required — you are human. We call this “self-esteem.” Michael Hall

Bringing It All Together

“You must continue to gain expertise, but avoid thinking like an expert.” Dennis Waitley

To avoid the dark side of expertise:

Even though I wrote it earlier, I am reluctant to say: “I am an expert in.” I would rather say:

I explore and am open to new ideas, innovations, and ways to move a field forward.

Being an expert or an explorer is a role. It is not a definition of self.

What do you think?

In this story, I wrote about the role of being an expert. You might also be interested in my story of “being someone else.” It is another way of exploring the unknown and being open to new ways of thinking.

Abraham Maslow, The Psychology of Science (1966).