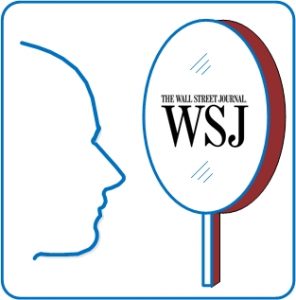 You have a craving for ice cream. So you go out late one night and bring home a container of Talenti Gelato. At home, you discover you can’t unscrew the top, even after trying for many hours. I’ll use this situation and others to help illustrate patterns that study the structure of experience. You can look at these patterns to better understand behavior. Changing patterns can help enhance your performance or solve your problems. Models provide templates that help uncover patterns.

In this essay, I’ll use stories to illustrate two important models. The first is the Meta-Programs Model. Meta-programs are perceptual filters, like focusing on the big picture instead of the details (or vice versa); or, the tendency to focus an outcome instead of  related problems (or vice versa). Meta-program applications include coaching, profiling, or persuading people. The following story is from a 2001 news article from Polly Steward of the Associated Press.

“Sherlock Holmes and Dr Watson go camping and pitch their tent under the stars. During the night, Holmes wakes his companion and says: Watson, look up at the stars and tell me what you deduce. Watson says: I see millions of stars, and even if a few of those have planets it’s quite likely there are some planets like Earth, and if there are a few planets like Earth out there, there might also be life. Holmes replies: Watson, you idiot. Somebody stole our tent.”

In this story, Watson’s reasoning is deductive and Holmes reasoning is inductive (and maybe the beauty of stars is seductive). The story appears in the meta-programs book “Figuring Out People (Hall, Bodenhamer, 2005, page 105) in the description of the “scale meta-program” to illustrate reasoning from the big picture to the details, and vice versa.

The second model is the Neuro-Semantic Matrix Model. This model represents the set of frames that govern how we live our lives. It influences our beliefs, values and decisions. It consist of process and content components. The process components create our mental construct of reality— the mental maps we use to perceive, experience, emote, and make sense of things. Change these and your world (or MATRIX) changes. 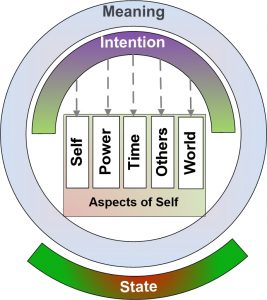 Content components are aspects of yourself that make up your mental maps about yourself.

The WSJ is my newspaper of choice to find stories since I read it each day. One might think of the WSJ as being a serious, business-oriented, conservative newspaper. Believe it or not, many people find it dull! Yet, on the front page of each issue is what the journal calls its A-HED, which is a light story among the serious ones. In an article about the A-HED, Barry Newman wrote “…anyone serious enough about life to read The Wall Street Journal should also be wise enough to step back and consider life’s absurdities.” The A-HED is where I chose the stories for this article, and you might consider this article my A-HED piece. Let’s look at few of these stories from the perspective of someone looking for patterns in behavior.

Talenti Gelato is Delicious – If You Can Unscrew the Lid (Katherine Bindley, February 8, 2018, WSJ)

The Talenti company used a machine that over tightened lids to the point where people would go to extraordinary means to open a container of ice cream. People used car keys, silicone potholders, and even needle-nose pliers in their attempts to open the containers. Let’s look at this situation using the Matrix Model and image a possible scenario. Let’s say a women, who was just recovering from a cold, bought the gelato with the apparent INTENTION of soothing her scratchy throat. Her INTENTION changed to figuring out how to open the jar and her POWER lit up as she tried one method after another, testing her skills. It looked like she was good at sorting for options (which is at one end of the options vs procedures meta-program spectrum). During this process her STATE switched from hope to anger. Nine hours later she stabbed the jar with a knife. I guess frustration may have entered the equation for her STATE. She later had to figure out how to reseal it (again, the POWER self). We can only guess on how her MEANING matrix changed over time: “Ice cream” might have morphed into “I scream.” To solve this problem of opening the gelato container, some people went to their social networks (SOCIAL self) to find a solution among their friends. If you could not open the gelato jar, what elements of your matrix would light up (or hum)?

America’ Instant-Pot Anxiety: “I Said a Prayer and Stayed the Hell Away” (Ellen Byron, February 1, 2018, WSJ)

Has anyone heard of Instant-Pot? Evidently it does everything. As an all-in-one unit, it stews meat, sautés vegetables, makes porridge, steams rice, and prepares yogurt. And, based on a February 21st report by Consumer Union, some units can overheat and melt (just a few). After reading that description would you buy one (assuming you don’t own one yet)?

Many people own these devices and actively use them. Instant-Pot has a Facebook user group with 1.2 million users, including my niece and two other people I know (Facebook is good about letting you know these connections). According to the WSJ article, one user opened the quick release valve and spaghetti sauce shot to his kitchen ceiling spattering everything in its wake, including him. The article suggests that some people mistake the word “instant” in its name, and decide that gives them permission to begin using the pot without reading the manual. There lies the road to disaster. While others, read the manual and feel overwhelmed.

For many people, the Instant-Pot box comes with a side order of anxiety and fear. One woman was so afraid of the product she sent it back without opening the box. Yet, her friends kept raving about it so she bought another one. She was still afraid to open the box. So, she went to an Instant-Pot Facebook group and asked if others who were still afraid of using it for the first time would join her in using it on a specific day, which she called “Open your Instant-Pot Day.” While cooking her first meal, she arrived at the step of releasing the pressure valve. She was so afraid, she wrapped her sweater around her hand, turned her back on the Instant-Pot, and turned the knob to release the pressure.

As you read that description, could you identify possible meta-programs she exhibited in this context? For me, one might be the “authority source (internal, external)” meta-program since she veered more toward an external source of authority (e.g., friends, Facebook) for her decisions than herself (internal). Another might be the “work style (independent, team player, manager)” meta-program since she veered toward team player with her “Open your Instant-Pot Day” request. This brings me to an important point. Any behavior pattern, like a meta-program, we think might be present needs to be tested by interacting with the actual person. Also, these patterns typically depend on the context.

For any coaches reading this: Suppose she came to you for a coaching session and mentioned her anxiety and fear about using an Instant-Pot. She said her outcome was to be able to confidently use it. Would you wonder if there was another, more important outcome that she could not articulate yet? Is her behavior symptomatic of a larger issue? How would you know? How many people start a session with one desired outcome and leave with a different one?

How to Win a High School Debate: Talk Like a Cattle Auctioneer (Daniel Kruger, February 7, 2018, WSJ)

In USA high schools, the Lincoln-Douglas debate format is the most popular. Using this format, each speaker can only speak for 16 minutes, which includes initial arguments and rebuttals of an opponent’s arguments. To win the debate, a speaker needs to cram as many points as possible within that time. For example, to do this in a 6 minute initial argument, students read at 300 words a minute. That is about two to four times as fast as a normal speaker. An opponent needs to digest that argument, and then come up with a counter argument. To practice the fast-reading pace, students hire coaches and practice reading backwards. They call this super-fast pace “spreading”, which may be derived from the words “speed” and “reading.” Many students practice for years.
What content elements of the matrix can you associate with those debaters? My guesses:

It would be interesting to find a high school debater and elicit his or her INTENTIONs, MEANINGS, and STATES. Perhaps we can elicit a model to assist debating coaches or their students. Or, we can model a debating coach. Maybe stepping into the role of an cultural anthropologist (or ethnographer) would help in the modeling process. What do you think?

Doing a little research, I came across this piece from, Lisa Marshall (2011), who was answering a question in Quora about speech speed: “What’s interesting to me are the perceptions that people form based on rate of speech. In 1976 psychologists looked at speech rate and persuasion (Miller et al.). The results suggested that faster speakers (195 wpm) were more persuasive than slower speakers (102 wpm). However, in 1991, Smith and Shaffer, suggested a more nuanced relationship. They suggested that when messages that were counter-attitudinal fast-talking was more persuasive, yet, when the audience inherently agreed with the message (pro-attitudinal) slow speech emerged as the most persuasive.” So, is speaking faster better when you want to change a person’s attitude? Don’t you need to consider breaking rapport with a person if you mismatch their rate of speech. It might be useful to speak faster than the car salesmen when in the bargaining stage of buying a car.

This essay was about using stories to make you aware of two important models that help elicit the structure of experience. Knowing this structure can help enhance performance and solve problems, especially when clients become aware of the structure behind their behavior. To see how this works, review the references listed in the next session. You could also come to one of our trainings, coaching sessions, or free webinars.